If you’ve been to a party and decided that you could have a little smoke of something or some chemicals and drive home, then it’s probably time to think again. It may surprise you to learn that drug driving is treated in much the same way as drink driving, with severe penalties for those people found to be unfit to drive. The best advice is to leave any kind of substance that could impair your driving well alone.

Brrrrrr, it’s cold out there, and that means frosted windscreens and frozen roads. No need to panic, though – drivers everywhere can take the stress out of their morning commute by following these simple steps:

Sometimes we like to use this blog to tell you general stuff about owning a car and, if you’re just about to buy a car, then the chances are you’ll have heard of the V5C. Unfortunately it’s not a piece of paper that gives you extra driving privileges, or which grants you free parking. That said, it’s a really important document relating to your car, so it pays to know something about it.

Ah, the Great British weather. Too hot, too cold, too wet, too dry - we can always find a reason to complain about it. But, on the whole, in this country we rarely experience many of the extremes of weather that some countries have to deal with.

Earlier this month we launched #PASSEDFACE, a social media competition celebrating the joy of passing the driving theory or practical test.

Today we’re pleased to announce the winner of the competition as Amy Russell. Amy will receive a £100 high street shopping voucher, while the runners up, Joe Morrison and Lea Hollingworth, will receive a £50 high street voucher and a set of Pac-Man Racers, respectively.

We’d like to thank everyone who took part, and congratulate you all on passing your theory and/or practical tests.

The winning photos are below: 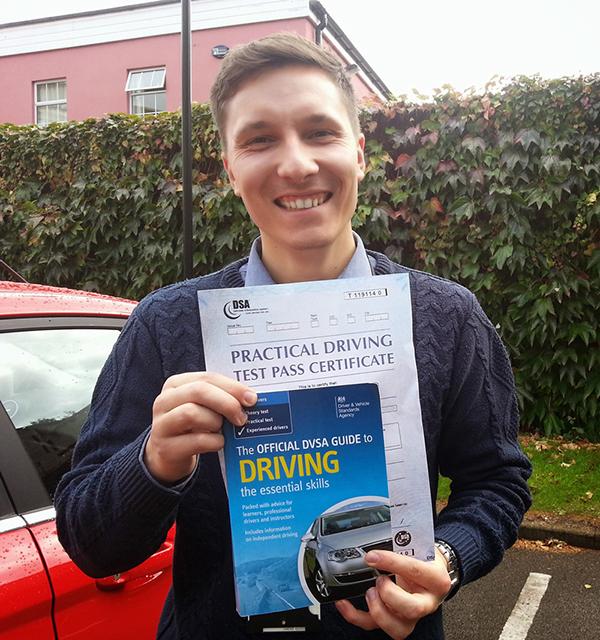 How did you feel the last time you passed an important test? Was it joy, elation, or perhaps relief?

Whatever the feeling, we want to capture that ‘just passed’ moment with our new #PASSEDFACE competition.

#PASSEDFACE launches on 15th October to 31st October 2014. Entry is open to everyone who is taking or has recently taken the driving theory or practical test (all vehicles are included).

How to manage your speed and take account of the r...
Introducing Ridefree – the award-winning CBT train...
How to commute safely now the lockdown has eased
Country roads, take me home… (safely)
Stay safe and keep revising!
END_OF_DOCUMENT_TOKEN_TO_BE_REPLACED