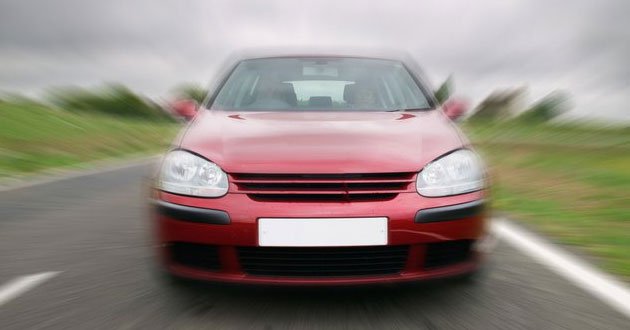 In this blog, we'll explore how your examiner will expect you to drive before the emergency stop and get tips on the best way to prepare for this exercise.

I thought it might be helpful to tell you about an element of the test that sometimes yanks an examiner’s chain; something we see quite a lot that we’d rather not! That way, you can perhaps avoid doing it.

It’s about the emergency stop.

One in three tests includes the emergency-stop exercise. It’s not one of the ‘manoeuvres’ that involve reversing, such as the parking exercises or the turn in the road – you’ll always get one of those, even if you’re among the 33% of candidates who also do the emergency stop.

I’m not going to explain what you need to do during the emergency-stop exercise, but I’ll tell you something that candidates do not always understand about it.

When the candidate has pulled up at a parking position, I’ll say ‘Shortly, I shall ask you to carry out an emergency stop.’ (That’s part of my ‘script’.) I’ll explain the procedure and ask them to drive on. And then it happens – a sudden and complete change in their driving!

The candidate moves away more quickly than you’d think is possible, flooring the accelerator, second gear, foot down again, third gear … and before we know it, we’re tearing up the road at 40 mph in a 30 mph zone! We, and other road users, are being put in danger – and we’re now getting to such a speed that we really do not want to do an emergency stop for safety reasons.

Then, sometimes, the opposite happens. The candidate moves away, barely picking up any speed at all, and they drive abnormally slowly. If this continues, I may need to ask them to pull over again and I'll explain the need to drive normally before the emergency-stop signal can be given. The speed should be appropriate for the road and traffic conditions – and that’ll usually be within a 30 mph zone.

If I’m unable to carry out the exercise promptly (usually due to traffic), I’ll tell the candidate that it’s temporarily delayed and that they’ll be reminded again later before we pick up the exercise again.

I was an instructor before I became an examiner. I taught many people to drive, so I have a fair idea of what’s going on in people’s minds while they’re building up to doing an emergency stop. I think these are the main reasons for the change in driving style

So, what speed should you be doing for your emergency stop? There’s no straight answer to that. Just drive at the speed you’d normally drive if you were not doing an emergency stop. Think about how you’ve been driving up until this point, and do not change a thing.

Read more about how to stop safely in an emergency in The Official DVSA Guide to Driving – the essential skills.