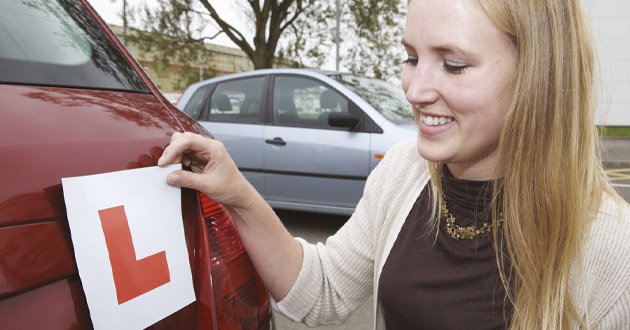 DVSA reveals the top driving test faults made in the first year of the new test.

A couple of years ago we posted a blog about the ‘top 10’ reasons people fail their driving tests. Since then, the practical test has changed to include following directions from a sat nav and testing different manoeuvres.

So, we thought it would be a good idea if we asked our colleagues at DVSA to reveal the top driving test faults made in the first year of the new test.

Here’s what they told us

Here are the most common faults made during driving tests between 4 December 2017 and 3 December 2018.

You’ll be marked with this fault for not taking effective observation before emerging at junctions and emerging into the path of other vehicles. Always make sure it’s safe before proceeding.

You need to be able to maintain a steady course in normal driving. Things like mounting and dismounting the kerb, and not following the contour of the kerb results in faults in this area.

When you’re turning right, position your vehicle correctly – it should not cut the corner when turning right. Also, watch out for cyclists and motorcyclists, and any pedestrians crossing the road.

Using your mirrors to check for other road users is essential. It’ll be marked as a fault if you attempt to move off without doing so.

Giving the right response to traffic lights is something that catches people out. Some of the mistakes that people make include waiting at a green filter light when it’s safe to proceed and staying at the stop line when it’s safe to move. Other faults that count include not conforming to a red light and stopping beyond an advanced stop line in the area designated for cyclists.

Repeated stalling is one of the things that counts as control when moving off. Other things that are included in this reason are moving off (or trying to!) with the handbrake on, rolling backwards when trying to move off – and not putting the car in gear and attempting to move off.

Your vehicle should be positioned correctly for the route you’re taking. If lanes are marked, make sure you’re in the middle of the lane. Avoid straddling lanes.

You’ll be marked with faults in this area for doing things like unnecessarily crossing the solid white centre lines on the road, and not following directional arrows. Stopping in a yellow box junction when the exit is not clear also counts for this reason. So, make sure you know the rules about using them.

In the driving test, you can be asked to either do a parallel park on the road or reverse into a parking bay at the test centre.

You’ll notch up a fault in this area if you need to reposition to correct a loss of control or accuracy. A complete misjudgement or significant loss of control will count as a serious fault.

It’s normal to be nervous before your test, but if you’re properly prepared and your instructor thinks you’re ready, then there’s really no reason to worry. On average, people who pass the test have had 45 hours of driving lessons and 22 hours of private practice. Your examiner’s not trying to catch you out; they just want to make sure that you can drive safely.

If you're studying for your theory test, and you prefer to learn on digital devices, check out the official range of DVSA eLearning apps in our Shop.