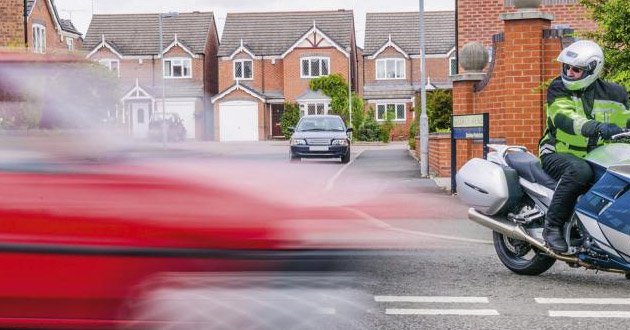 In this blog, we describe what inattentional blindness is, and why it's relevant when we drive and use mobile phones. Covers concentration and and distractions.

Are you blind or what?

I love my mobile phone

If you’re anything like my kids (who are 16 and 18), the only time you’ll be physically separated from your phone is when you’re submerged in water – in the shower, the bath, the swimming pool or the sea. Any other time, it’ll be somewhere about your person and you’ll be taking a sneaky peek.

I understand – all their friendships are woven together through Facebook, Twitter, Instagram, Tumblr, texts, and so on. Sometimes, they even see each other face to face. So, I also understand how hard it is to put your phone down and ignore it completely while you’re driving.

I imagine your driving instructor will have told you ‘it’s dangerous’, ‘it’s illegal’, ‘do not do it’ so many times you’re no longer really listening – you know, that unintentional deafness thing you get when you just zone people out?

I did not see you there

Did you know there’s a visual equivalent of this? Its fancy scientific name is inattentional blindness. What it actually means is that sometimes you do not see something that’s in plain sight (especially if you do not expect it) because you’re too busy concentrating on something else. It’s not related to any physical defect or problem. It happens to everyone, whether they have perfect eyesight or need to wear strong prescription specs, and it’s not related to a person’s intelligence either – it’s a purely psychological thing.

Send in the clowns

There’s been lots of research into inattentional blindness and psychologists have several theories about why it happens. For example, it may be because our capacity for taking information in (our cognitive resource) is limited and we can only properly concentrate on one thing at a time.

There have been many experiments to test the theory of inattentional blindness. One of them involved the use of mobile phones. The people taking part in this experiment were divided into four groups. Each group was given a different task

Then a colourfully dressed clown appeared, riding a unicycle!

The study showed that the people who were engaged in mobile-phone conversations were the least likely to notice the clown.

You’re probably thinking, ‘How could they miss a clown on a unicycle?!’ Good question, but it seems that, for the

people on the phone, the conversation was so absorbing they missed everything else that was going on around them.

You can see some of these experiments for yourself on YouTube. Here’s a famous one: Did you see the gorilla? (YouTube)

What are you going to do about it?

So now you know a little more about how our brains work. It’s been proven that we’re not really wired to concentrate properly on more than one thing at a time. And we’re likely to become ‘blind’ to everything else when we’re concentrating on a mobile phone. So, you’ll understand now why looking at your phone while you’re driving is such a bad idea.

Next time you drive, look out for that clown.