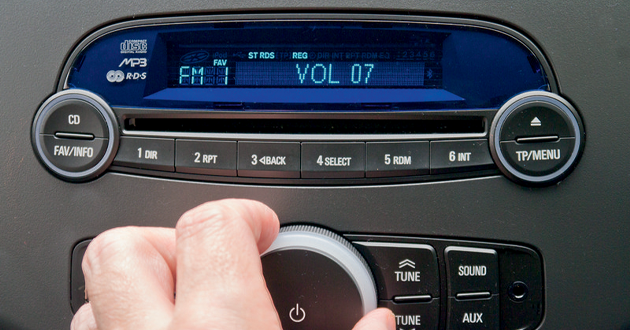 In this blog, we’re going to take a look at a rather splendid new campaign from our friends at THINK!

The campaign is called “Good Driver” and it’s mostly aimed at those young men who find themselves tempted to take risks such as driving too fast or using a mobile phone when they’re at the wheel.

The campaign is accompanied by a snazzy video that employs 70s icon Gloria Gaynor’s smash hit ‘I Will Survive’ (ask your parents!). OK, I can’t recall the video to that song ever featuring four guys in a football strip, but, c’mon, this is all about the safe driving message!

Why this message is important

THINK’s research reveals some shocking information about young male drivers. Many of them are overconfident in their driving ability and believe it gives them a licence to take risks. Many of them speed when they’re on roads that they think they know well.

The statistics behind the campaign bear this out: 17 to 24 year-old male drivers are four times more likely to be killed or seriously injured than drivers aged 25 or over, making them an extremely high-risk group.

What you can do about it

If you’re a young male driver, what you can you do? Well, the good news is that there’s loads of useful tips and techniques you can use to keep yourself safe on the roads. Even better, we’ve covered some of them in blogs past. Now, here’s an honest question that deserves an honest answer:

When did you last take a driving-related risk?

It was probably more recently than you would like to admit to. You’re taking a risk any time you fail to pay attention to the road or make a decision that puts you, or anyone else, in harm’s way. It doesn’t have to be anything more than changing the radio station or talking to a passenger, either. In that moment, you’re distracted, and distraction is the enemy of safe driving.

Go and watch the THINK video, and bear the following in mind:

Oh, before we go, here’s another important takeaway from the THINK campaign: Their researchers also revealed that young men who like to take risks with their own driving, actually prefer to be driven by those who drive safely! Think about it...(sorry!)

It doesn’t stop there...

If you’d like to learn more about the psychology of safe driving, The Official DVSA Guide to Better Driving has been written with you in mind. It’s packed full of advice, guidance and tips designed to help you understand how mood, attitude and behaviour influence the way you drive. Pop over to the Safe Driving for Life shop for more information on this an other great titles in the DVSA range.