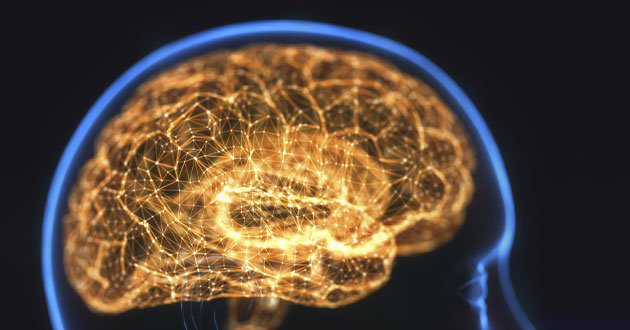 We look at the development of the brain and the pre-frontal cortex (used for planning, judgement and risk perception), and how this affects young drivers.

According to the ancient song, ‘the young ones shouldn’t be afraid’. And it seems that they’re not!

Research tells us that the human brain does not reach full maturity until at least the mid-20s. This includes the full development of the pre-frontal cortex (at the very front of the yellow bit in the picture), which is responsible for planning, judgement and risk assessment. As a result, while young people generally understand risks just as well as adults, what they do with that information and how they balance their understanding against all the other things they’re trying to do may not always lead them to make the best decisions.

Studies have shown that mature brains are better at noticing errors in judgement and decision making. One study, in which people of different ages were asked to quickly push various buttons in sequence, showed that older people noticed within milliseconds when they’d made a mistake, whereas the younger people often did not notice at all.

One part of the brain that is fully developed much earlier is the nucleus accumbens (in the middle of the brain), which seeks pleasure and reward. Images have been taken of the brains of people at different ages to compare activity (or how excited they got!) when they received rewards. The young people responded especially enthusiastically – and the bigger the reward, the more exaggerated the response.

All of this may explain why young drivers are the focus of so much negative press and why public opinion of them can be so low. We’ve all read scary stats about young people being involved in more crashes than older people and how car crashes are the single biggest killer of young people in the UK. From what we know about a young person’s brain, we can see that they’re more likely to get the balance wrong between seeking pleasure and thrills (driving fast) and driving responsibly. As a result, they’re more likely to crash.

This feeds the stereotype of young drivers. It’s also partly why they’re hammered by the insurance companies: younger people are more likely to drive too fast, drink and take drugs, use a mobile phone while driving and all the other stuff that increases the probability of a crash.

However, the truth is that the vast majority of young people want to do the right thing when they’re driving, and most of them succeed. Sure, there are some nutters who give in to their urges to drive way too fast and take risks – whether that’s for their own thrills or to impress mates and boy/girlfriends – but the majority want to drive well. Unless they have a serious psychological or emotional problem, no young person wants to be responsible for killing somebody. They want to enjoy being young, stay safe and avoid having to pay expensive repair bills for their cars. They also want to get their insurance premiums down, eventually, to a manageable amount.

If you’re a young driver, have a think about how you behave behind the wheel. You now know that your brain is probably still developing and that this may affect your perception of danger and risk. And because you know that, you can decide what to do if you think you’re not quite as safe as you could be.

The thought patterns you lay down now will underpin the way you make decisions for the rest of your life. So, this is your chance to take charge of who you are going to be.

Your brain is amazing. It’s one of a kind and it’s all yours. You decide what to do with it.