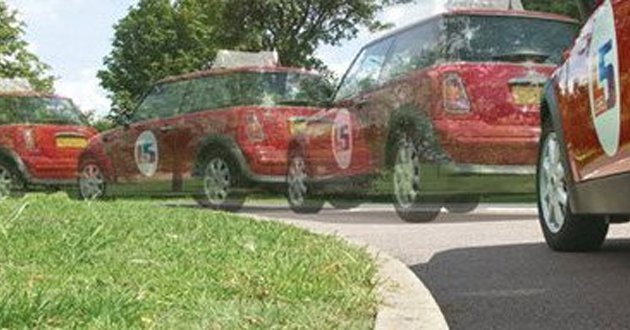 An ex-driving instructor and examiner provides tips on getting your car ready for the driving test. Also covers the role of the driving examiner.

I spent 18 years as a driving instructor, but moved over to the ‘dark side’ to become an examiner 8 years ago. As an instructor, one question I was frequently asked by my learners was, ‘What will the test instructor’s car be like?’

In fact, one of the first things that happened to me when I began my training as an examiner was that my instructor’s licence was taken away. This was so that I couldn’t teach people to drive and then test them. I’m now only allowed to teach friends or family, without financial reward, and only after gaining permission from my employer, DVSA.

Second, I’d tell the learner about the examiner’s vehicle. I’d say: ‘One has a Ford Focus, one has a BMW and another has a Yamaha 650, but you won’t be allowed to drive any of them.’

‘What will I be driving, then?’ they’d ask, confused.

I’d see the look of relief appear on their face. They thought they’d have to learn in my car and then take their test in another. Surprisingly, around 40% of my learners would ask me this question.

I once heard of a candidate who caught a train to a test centre about 100 miles away, where there was no waiting list, to take a short-notice test. Imagine his dismay when the examiner asked him to lead the way to his car! It was a costly mistake and I bet the candidate felt a bit daft. As an examiner, I’ve encountered this on three occasions. Sadly, I had no option but to turn the candidates away.

While we’re on the subject of the car you use for your test, here are a few pointers to make sure your test runs smoothly. You should make sure that

You should also be able to open the bonnet of the car (for the safety questions) and know how to use the main controls of the car, such as the indicators, lights, windscreen wipers, and how to demist the windows.

So, remember: your test will be carried out by a driving examiner, and you should take a car that’s as ready for the test as you are!