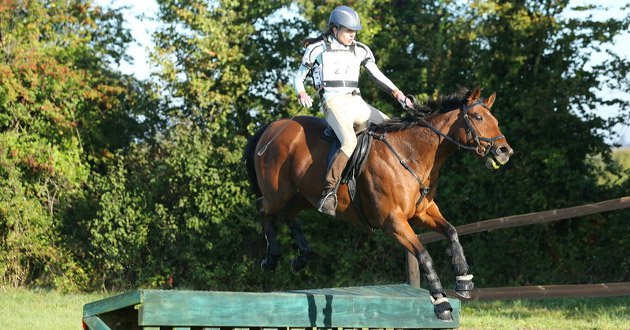 Horse rider, Ruth, asks: 'Are you smart enough to cope with other road users?' Learn how patience and understanding The Highway Code mean safer journeys for everyone.

It was National Equestrian Safety Day last week, so we asked one of our colleagues at DVSA to give us her personal take on sharing the roads as a horse rider.

Hi, I’m Ruth, and have I got some stories to tell about being a horse rider on the roads!

Sadly, because of all this, I now avoid road riding. And because I do not have my own land or a bridleway network nearby, that means I do not ride at all. I’m scared to use the road, and that’s a shame.

Do you get the idea? Riding on the road nowadays can be horrible. I’m part of a wider group of vulnerable road users, which also includes cyclists and pedestrians. Unfortunately, we’re all targets for abuse, intimidation and reckless disregard from some drivers.

I do not want to generalise, as most drivers are just going safely about their business. But, in my experience, car and van drivers are the worst. Motorbike riders are generally skilled road users, and they tend to be much more thoughtful and aware. They’re a lot more respectful of horse riders than car or lorry drivers – maybe because they’re relatively vulnerable on a motorbike, so they relate to our vulnerability.

Do you really want to hurt me?

Maybe you’ve given a horse rider or a cyclist a hard time in the past. You may have been in a hurry and become frustrated at having to slow down as you approached them. What did you do? Sound your horn? Shout out of the window? Rev your engine? Speed past them, barely giving them room? If you’ve done any of these things, can you justify having put the rider in danger?

I’ve heard the most awful things screamed at children on ponies – including ‘You deserve to die’! I’m sure the driver did not actually mean that. If you sat them down in a quiet room and asked ‘Would you feel better if a horse rider died on the road because of you?’, they’d be shocked and say ‘Of course not!’ It’s just that being in a car or a van seems to give some drivers the idea that anything in their way is fair game for abuse and aggression.

It may help to remember that the rider may be a mum, or a brave child taking part in a fairly dangerous sport.

You might argue that drivers have more right to use the road because other people do not pay road tax or insurance. I’d say to you that vehicle tax is not the only thing that counts here. All road users must abide by The Highway Code; everyone, including walkers, horse riders, carriage drivers and people driving or leading animals (including herds of sheep!), has a right to be there.

The Highway Code covers all of these users because it recognises that we all have to be respectful and aware of each other, regardless of what we’re driving or riding – whether we’re on Shanks’ pony or a real one! So please give horse riders and other vulnerable road users the same space you’d give a car.

In my experience, most people are good drivers. Even when some other problem causes a horse to react in a difficult way, these smart people are able to think and drive well enough to cope. They have no problem dealing with whatever comes their way, without losing their cool.

All the near misses I’ve had or seen have involved people with inadequate driving skills or a bad attitude – or people who have the wrong idea about the rules of the road. I’m also well aware (from road riding and life in general) that people who get aggressive often do so because they’re out of their comfort zone, or scared themselves.

Do you want to be like that? Do you want to be responsible for scaring, injuring or even killing a vulnerable person or animal? Or would you rather be one of the smart people who knows how to behave around all road users?

Have a think about what kind of road user you are and how you can change your behaviour to make the roads a safer place for everyone.

Pick up The Highway Code again to refresh your knowledge, or read The Official DVSA Guide to Better Driving, which gives great advice on controlling stress, moods and emotions at the wheel.

You may also be interested in reading a post we published last year, How to drive near horses.