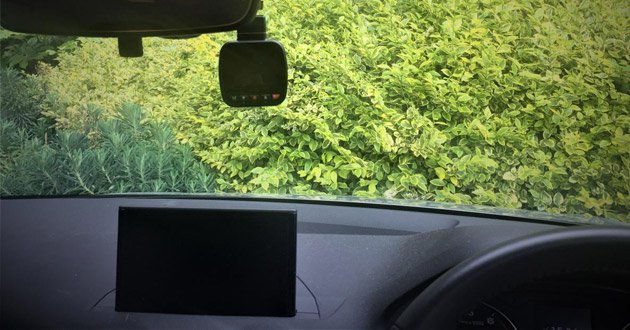 What are dashcams? How do they work? We look at the main reasons to buy one, including evidence in case of a road incident and reduced premiums.

Have you ever got stuck in a YouTube wormhole, just watching endless car crash compilation videos?

Well, the chances are they were recorded using dashcams, nifty little cameras that drivers can fit onto their windscreens to record the road ahead. Research for the AA suggests that dashcam ownership in the UK has gone from 1% to 15% in just 4 years[1] and will continue rising in the years ahead. So, we look set to see more and more of these crash compilation videos.

As motorists start to buy into the growing dashcam trend, let’s take a look at how dashcams work and why you should seriously consider investing in one.

First up: what are dashcams and how do they work?

The name dashcam is a little misleading, as dashcams are not actually attached to your dashboard. They’re small cameras that you can attach to your windscreen using a mount, just like a sat nav. They’re usually powered by the 12v cigarette lighter socket in your car and hold a secure digital (SD) card to record footage of the road as you drive along.

So long as there are no incidents, the camera will just rewrite old footage. The bigger the SD card in the camera, the more footage can be recorded before it’s overwritten. But, if you’re involved in an incident on the road and need to save a copy of the footage, you can transfer it to your computer via the SD card. Most dashcams do not come with SD cards in them, so you’ll probably need to buy this separately.

Almost all dashcams support at least 720p resolution, with some even supporting a 4K picture! Other features include global positioning system (GPS) to track your location and speed, G-force sensors to detect a collision and wifi to transfer the footage from your dashcam to your phone.

Some dashcams also have parking mode, which will automatically begin recording if your car is bumped while it’s parked. An SOS feature might also be included, to alert the emergency services if it detects a collision. You can also buy cabin cams to record inside the car and rear-window cameras to cover the road behind you. The more you’re willing to spend, the more swanky features you get.

When you buy a dashcam, you must position it correctly behind the rear-view mirror, to avoid obscuring your view of the road. It’s also wise to tuck the cable into the lining of your car so it does not hang down and cause a distraction. It’s illegal to interact with dashcams while driving, and taxi drivers must tell their passengers if a dashcam is fitted in their vehicle.

So, why should you buy a dashcam?

Here are a few of the biggest reasons.

1) Evidence in case of a road incident

Young drivers (aged 16 to 19) could potentially benefit the most from having a dashcam fitted in their cars. This is because they’re 3 times more likely to be involved in road traffic incidents than experienced drivers (aged 40 to 49).[2] But, this does not mean that dashcams are only useful for young drivers. The footage they capture can be used to provide valuable evidence of road incidents to both your insurer and to the police. It acts as an independent witness in these cases and can prove that you were not at fault.

Many insurers accept dashcam footage as evidence of liability in an insurance claim, which is good news in light of the recent rise in so-called ‘crash for cash’ insurance scams. These involve criminal gangs identifying vulnerable drivers and then orchestrating a car crash involving them – nasty business. They will then put in an exaggerated insurance claim, often for recovery costs and whiplash injuries. In these cases, having a dashcam fitted in your car can provide evidence of the scam, prove that you were not at fault and possibly act as a deterrent to the scammers.

However, it’s important to do your research before buying a dashcam, as insurers could reject your footage if the camera footage is blurry or of poor quality. To maximise the chances of your insurer accepting your dashcam footage as evidence in a case, you should

When you’re next insuring your car, look out for insurance companies offering you a discount on your premium for installing a dashcam. Some offer as much as 20%, which is quite a hefty chunk of money, especially if you’re a newly qualified young driver facing eye-watering insurance quotes!

Many insurers insist that you record every journey you make, so be sure to remember to do this if you take out one of these policies. You could hardwire your dashcam into your car, though make sure you get a professional to do this for you. If you’re involved in an incident that was not your fault, your dashcam footage could help your claim and protect your no-claims discount too.

Not only could you benefit from money off your premiums, but investing in a dashcam could show your insurer that you’re a careful driver and give you additional peace of mind on the roads too.

3) Peace of mind and safer driving

Not only do dashcams give you a little peace of mind in knowing that you’re covered should any incidents occur, they could also have the potential to subconsciously improve your driving. A recent study for the RAC found that 25% of motorists think a dashcam would improve their driving.[3] This is because your awareness that your journeys are being recorded may also result in you driving with more care and attention – keeping you safer without you even fully realising.

Knowing you’re covered in case of an accident, potential money off your insurance premiums and peace of mind while you’re driving around? Seems like a win–win scenario to us!

Hopefully, you’ll never be involved in an accident on the road but, if you encounter any issues when you’re out driving, having a dashcam fitted in your car could have many benefits. Dashcams are not only a relatively low-cost investment into your own safety on the roads, but they’re also a brilliant example of developing technology to give us a lifetime of safe driving.

[2] Article from 'brake.org' about young drivers

[3] Article from RAC on dashcam installation